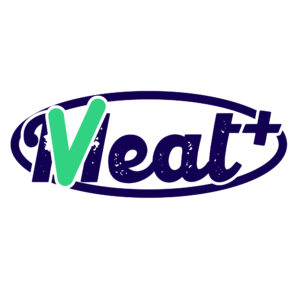 Thanks to the work of the breeders over the past decades, the Belgian Blue breed continues to experience resounding success in Belgium and abroad to this day. Unparalleled producer of first-class meat, butchers, processors and Belgian consumers applaud it on a daily basis. With the arrival of the Meat + genetic label, the Belgian Blue breeders will further improve the satisfaction of their followers in search of local, tasty and tender meat.

The Belgian Blue breed, the production and environment asset
By making the best use of local resources, the Belgian Blue now presents by far the best statistics in terms of the quantity of produced meat. Its slaughter yield (carcass weight /live weight) is on average 69% for young bulls and 64% for cows! Its cutting yield is around 82% in young bulls! And within this produced meat, there is a much larger quantity of premium pieces. Thanks to these performances and to its excellent valuation of pasture and by-products of the local agro-food industries (pulps, straws, etc.), the Belgian Blue is also in the lead in terms of productivity per hectare, compared to other European and global suckler systems.

Belgian Blue meat, preferred by consumers
The APAQ-W blind study of 2018 demonstrated it: in his point of sale, the Belgian consumer prefers to focus on Belgian Blue meat, and it is also this that he prefers to taste: appearance, taste and tenderness come together.
In a new independent survey, conducted for the Belgian Blue Herd-Book of Elevéo (which will be presented shortly), the reputation of the breed in terms of quality, flavour and tenderness was once again underlined by consumers.

The Meat + label, towards even more satisfaction
Quantity and Quality are therefore closely associated with the Belgian Blue breed. However, thanks to the work of the Universities of Liège and Ghent, it has just been discovered that we could go even further in terms of quality and especially tenderness! By combining DNA analyses and observations of carcasses in slaughterhouses and cutting rooms, the researchers put forward the genetic test Meat +: animals carrying this label will offer more guarantees of tenderness on a few beautiful pieces of meat that sometimes did not meet the requirements of the Belgian Blue quality criteria. Thus, the Belgian Blue will still have the best statistics in terms of the percentage of first-class meat!

Based on routine DNA analyses in the population, it is estimated that around 70 percent of animals can already be labelled Meat +!

Should we condemn the 30 percent of animals that are not labelled Meat +?
The answer is NO: You should know that some of them (60% according to the statistics of the first experiment) express the same level of quality as the Meat + animals. For other animals the number of less tender pieces of meat is variable and sometimes moderate.
Currently, further sampling, associated with detailed analyses of meat quality, is underway in slaughterhouses in the south and north of the country. Thanks to this, scientific work will make it possible to estimate this percentage and this difference more precisely, to better understand the reason for these variations, both for males and females. Feed, fattening time, transport, slaughter or carcass cooling are some of the parameters that could explain this.

Although research is continuing, the Belgian Blue breed has decided without delay to take the bull by the horns and directly put itself in battle order to, in the coming years, reach 100 percent of Meat + labelled animals.

BBG always strives for the best. This ranges from the best quality genetics to the most reliable breeding values ​​to the best service and very fast delivery.

In this regard, BBG considers it important to inform you about this new genetic discovery in the Belgian Blue breed.

If you want to know more about our Beef on Dairy bulls or if you have any further questions about MEAT+, please feel free to contact your BBG contact person!